Swarna Bharat Party, the only liberal party of India seeks the liberty and prosperity of all Indians. We believe that a government must focus on security, law and order and justice. It is not the job of a government to run hotels and public enterprises.

You have often used the words “Minimum Government, Maximum Governance”, which presumably mean the same thing, but the country has not seen any evidence of implementation.

The country is crying out for basic services like security and justice – which the people cannot provide for themselves; but your government is busy running hotels and airlines – which the people can manage themselves. Does running businesses constitute “Minimum Government”. Does making the Chief Justice of India cry and beg for recruiting more judges form part of “Maximum Governance”?

Please see the data attached, which clearly reveal that a vast amount of public resources are being squandered on running government businesses. At the same time, the government refuses to fund police and justice. It is not an acceptable excuse to suggest that some of these issues are State subjects. Central government resources must be provided to the States for basic governance.

I appeal to you to implement four simple things:

In a country where rule of law is supreme, the numerous communal riots and state-supported pogroms would never have happened. In a country where the police and judiciary are functional, people would never be targeted and killed for belonging to a particular religion, neither would caste massacres occur. Even the sensitive areas of the country, the Northeast, Jammu & Kashmir, and the Red Corridor would never be ravaged by insurgencies, as people would be free and secure, and would have no reason to revolt and pick up arms.

I therefore request you to agree to all our demands by Monday 26 September 2016. If you do so, my party commits to working with you to make India a Sone ki Chidiya – which is the logo of our party.

Should you choose not to implement these demands, we will infer that you have no intention to implement governance reforms and that you do not care about India’s development.

This open letter is also available in HTML, PDF and Word document format at: http://swarnabharat.in/openletter-26August2016.

This letter has been compiled on readily available information. In some cases, surmises and estimates have been made. The big picture is clear: the gross under-funding of core government functions.

India ranks 59 out of 102 nations on rule of law (World Justice Project: http://worldjusticeproject.org/sites/default/files/roli_2015_0.pdf).

Whom do we blame for this sorry performance? The British left India 70 years ago.

Given paucity of reliable data, some of the information below is deduced from multiple sources.

SBP understands that Korea spends more than 0.2%, Singapore 1.2%, and the U.S. 1.4% of its GDP on justice. India spends around 0.02 per cent at most (i.e. 60 times less than Singapore, 70 times less than USA, and 10 times less than Korea). Bibek Debroy estimated in 2008 that a minimum additional annual expenditure of Rs.50,000 crore is needed for the Indian judiciary.  [Justice Delivery in India – A Snapshot of Problems and Reforms, Bibek Debroy (2008)]

“Figure 3 [below] shows the average budgetary allocation of states towards the judiciary during 2013 and 2014 as a percentage of net state domestic product (NSDP) at current prices. Most states allocate between 0.10 per cent and 0.20 per cent.”

Verification: The total pendency in the court system, excluding other quasi-judicial forums, now amounts to 29.1 million - 46,926 in the Supreme Court, 3.7 million in High Courts and 25.4 million in Lower Courts. [Justice Delivery in India – A Snapshot of Problems and Reforms, Bibek Debroy (2008)]

MODI GOVERNMENT AS A BUSINESS OPERATOR

SBP believes that the existence of all public sector enterprises must be evaluated from first principles. In almost all cases, there is no reason for government to be involved in running a business. A government has, for instance, has absolutely no reason to directly operate banks or insurance companies.

Data below from Public Enterprises Survey 2014-2015 Note that “the survey, does not cover departmentally run public enterprises, banking institutions, and insurance companies”. It also does not cover State government PSEs. There is, for instance, no reason why the government should produce electricity.

SBP asks that all governments (central and State) immediately divest all government enterprises, thus making huge savings in resources – that can then be deployed on core functions.

Regulatory approaches can be used for divested PSEs that the government believes need to be more closely monitored. Alternatively, the government can hire a managing firm that ensures all requirements for any essential PSEs.

The deplorable condition of the Police and judiciary: some photographs

Wadala police station: A structure that shakes every time a truck passes nearby

Toilets you can’t step into, walls with deep cracks, rooms that flood in monsoon. “the more pressing problem for the 100 policemen and women posted here is the toilet block at the far right end of the police station, which is used by staffers and visitors. To reach the urinals and the sink that doesn’t have a tap, people have to step carefully on tiles placed on a swampy patch that has a green slick on top formed by years of absent drainage. A swarm of mosquitoes flies around the muck.

“There is just one toilet at the end of a corridor meant for women, though not used exclusively so. The stench from the toilet is unbearable.”

All talk, no action: Construct toilets for women cops in police stations: Centre to states

What Modi’s Smart Police Stations Will Look Like – why only model stations? ALL police stations need to be urgently upgraded. 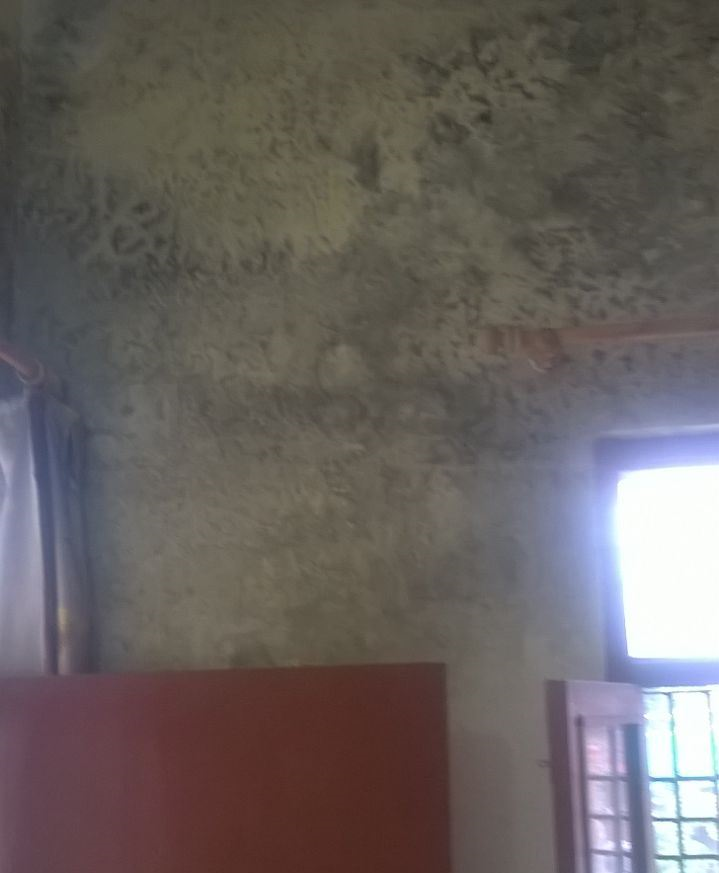 The wall of a dilapidated court room in UP 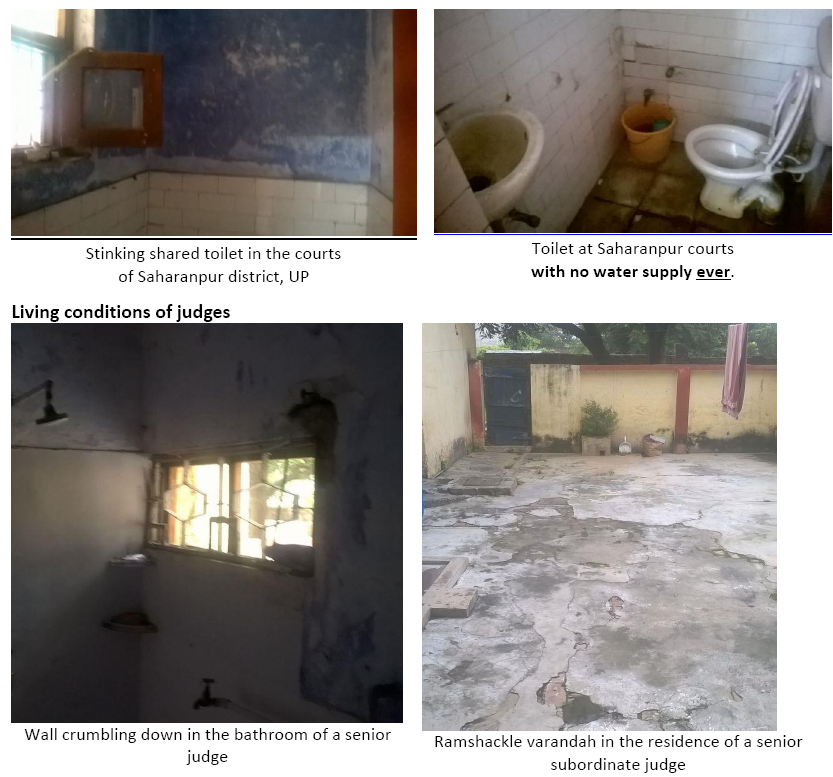 Request: Please send photographs of the working and living conditions of India’s courts, judges and Police.